Pacific Rim Conservation conducts and manages several predator control projects in Hawaii, including successful predator eradications on offshore islets and within fenced areas. On many islands throughout the Pacific region, alien terrestrial mammals (rodents, mongooses, mustelids, cats, dogs, and ungulates) pose a serious threat to native biota that did not evolve with mammalian predators and lack natural defenses against these animals. We work with State and Federal agencies and other pest control organizations to ensure that animal welfare guidelines are followed and that the most current, effective, and humane techniques are employed. Methods include live trapping, snap trapping, and poison bait stations. Our staff are certified restricted-use pesticide applicators. 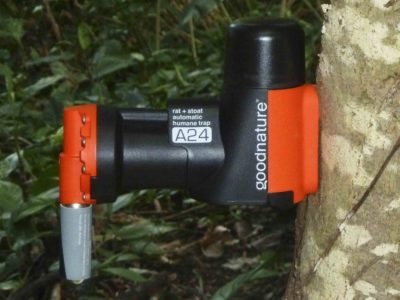 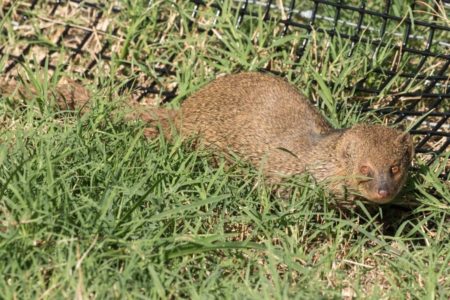 Rat eradication from Mokuauia Islet
In collaboration with the Hawaii Department of Land and Natural Resources, we successfully removed black rats from Mokuauia Island using a combination of bait boxes and snap traps. Mokuauia (also called Goat Island) is a 13-acre State Seabird Sanctuary off the northeastern coast of Oahu in Laie Bay and is home to 16 native plant species, an estimated 6,500 nesting Wedge-tailed Shearwaters, and several migratory shorebirds, including the rare Bristle-thighed Curlew. Outcomes of this project can be downloaded here.

For more than 20 years, we have controlled black rats to reduce nest predation and improve survival of the Oahu Elepaio, an endangered forest bird endemic to the island of Oahu, in collaboration with the Hawaii Division of Forestry and Wildlife, the U.S. Army, and the Nature Conservancy of Hawaii. Nest predation by alien rats is the most serious threat to this bird, and rat control has become the cornerstone of the recovery strategy. When rats are controlled, twice as many Elepaio pairs successfully raise a chick and fewer females are eaten. For more information on this project and on the Oahu Elepaio, visit www.elepaio.org. For published results of this work, see Report 82 Report 66 Report #22

For 11 years, we have controlled alien mongooses and rats to reduce nest predation and improve survival of a small Red-tailed Tropicbird colony on Oahu, and we have monitored the effect of the predator control. Predator control has allowed this struggling colony to flourish and grow; it is now the third largest colony of this species in the main Hawaiian Islands.  For published results of this work, see Report #95. 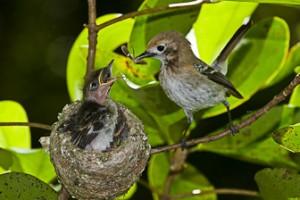 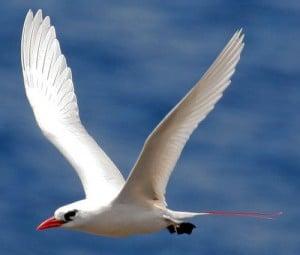